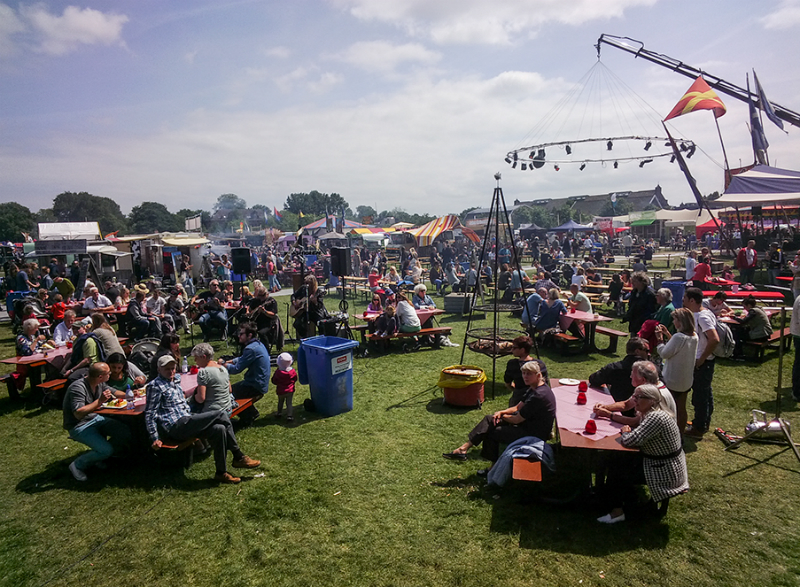 Events in Amsterdam to visit during festival season

The sun’s out and it’s a great time to think about planning a visit to one of the upcoming festivals in the city of Amsterdam. Since there is a festival taking place almost every day, we’re sure you’ll have plenty to do while you’re here. We’ve selected a few highlights for those still planning their visit to Amsterdam, so you can get the most out of your stay. If you’ve already scheduled your trip, then you only have to add one of these festivals to your itinerary and make your visit one to remember!

Taste of Amsterdam: 2 until 5 June

It’s food festival galore over here now that spring has started. One of those food festivals is Taste of Amsterdam, which will take place in Amstelpark. Alongside the huge selection of food to taste, you can attend a wine tasting session or masterclasses. All in all, it’s the perfect recipe for a day in the park.

If it’s your first time in Amsterdam during the annual Gay Pride Canal Parade, you probably won’t believe your eyes. The Canal Parade is the highlight of the Amsterdam Gay Pride festival: more than 70 spectacularly decorated boats, carrying equally dazzling Pride-goers, will sail from the Prinsengracht and Amstel river from 1:30 until 6:00 PM. The parade is watched by over 300,000 spectators every year, so save a spot along the canal early if you want to be sure of a good view.

This charming festival has been celebrating the history of the convivial Jordaan district in Amsterdam since 1975! For more than 40 years, the Jordaan Festival has brought the best of typical Amsterdam folk music and Dutch singers.

This festival has a totally different kind of music compared to the Jordaan Festival! You might know Pacha as a club on Ibiza or anywhere else in the world. While we may not have a Pacha club in Amsterdam, we do have a Pacha Festival that brings a dose of Pacha DJs to the city like Martin Solveig, Benny Rodrigues, and Sander Kleinenberg.

There is a festival for everyone in Amsterdam, including fans of jazz music. During the three-day Amsterdam Jazz Festival, you can enjoy music by jazz artists who are well-known nationally or even internationally, such as Candy Dulfer, Michiel Borstlap, and New Cool Collective.
Of course, there is so much more to do and see. If you’ve planned your trip and would like to visit a festival, get in touch with us. We’re always happy to give you some personal advice on where to go to and when. Enjoy the festival season!
Team Qbic Hotel WTC Amsterdam