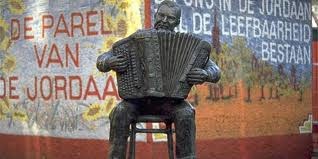 Don't know where to go? Amsterdam has many things to offer!

Although it is the capital of the Netherlands, Amsterdam is not a typical Dutch city. Even the Dutch from other parts of the Netherlands experience a cultural clash when arriving to the capital for the first time. It is a rather multicultural city, with an unique atmosphere. The inhabitants of the city have their own dialect and tend to exaggerate things. They are known as open, friendly and sometimes a bit cocky. We, of Qbic Hotels Amsterdam are proud of this beautiful city alongside the Amstel and wish to introduce to you some of its remarkable aspects.

Amsterdam harbours 177 different nationalities. There are people from all over the world living in this rather liberal capital. This melting pot has resulted in a variety of restaurants from all over the world. So you will find many different restaurants in Amsterdam: Indian restaurants, Spanish tapas bars, Turkish Eateries and Japanese Sushi bars. Most of the inhabitants of Amsterdam are from foreigner, only 4 out of every 10 residents are originally from Amsterdam.

Amsterdam is sometimes called the Venice of Northern Europe, because of its many canals in the city centre. The canals offer a beautiful view and the old buildings alongside the canals are very popular (and expensive). It is cheaper to live on the water in your very own Amsterdam house boat. The Prinsengracht canal is filled with houseboats. Nowadays it is rather difficult to find a mooring.

The Jordaan is a special district in Amsterdam. It lies in the very heart of Amsterdam but has the ambience of a little village. When you stroll through these picturesque and romantic Amsterdam alleys you can only hear the birds singing; it is hard to imagine you’re in the capital of the Netherlands! The Jordaan emerged in the 17th century and became a district for workers and immigrants. Nobody knows for a fact why the district was called the Jordaan. It is believed thought that the name is derived from the French word ‘ jardin’, which means ‘garden’. When the French immigrants arrived, the streets of the district were named after different flowers. Many historians believe that because of these names the French immigrants called it ‘the jardin’, which eventually resulted in De Jordaan.

Do you want to witness a typical Amsterdam happening? If so then you should visit an arbitrary café in the Jordaan on a Sunday afternoon. In the cafes you will hear typical Dutch tearjerkers and see how at one point the whole café is singing along!

Up until recently most of our foreign visitors got very enthusiast when talking about the Dutch coffee shops. Indeed, in Amsterdam you can find several different coffee shops where one can buy marijuana. However the government has decided to change the legislation and to introduce a Weed-pass. The Weed-pass is only available to Dutch people, so foreigners will not be able to buy cannabis anymore. With this new law, the government wants to reduce the drug tourism and crime in the Netherlands. On the 1st of May 2012 the new law will be enfourced in the southern part of the country. Next year it will also apply to Amsterdam.
Are you going to spend a few days in the Dutch capital and do you wish to stay in a budget hotel in Amsterdam? Qbic Hotel Amsterdam is a low budget design hotel with trendy rooms. Please visit the Qbic Hotels Amsterdam website for more information.